Land of the Seven Suns

The world is surrounded by seven solar stars, each shining a different colour of light down on the inhabitants. These have been of great interest to researchers over many millennia.

Living in a world with Seven Suns is a harsh existence. Their astronomy is complex and seasons, weather and the wilderness is extremely unpredictable for all but the scholars in big cities.

The following is an overview of the Suns themselves. They are detailed further in their own chapters.

The Red Sun. Rhumeria is the most distant star in the system. It lies directly above the poles of the planet. As such, it tends to be a constant presence in the sky for some residents of the Northern Hemisphere - both at night and day.

The star is seen both as a nuisance and a comfort. Deadly creatures have adapted to the low-light the star emits and are a constant threat. However, the star has been known to disappear occasionally - and this is always treated as an ill omen.

Night crawlers eyes are usually well adapted to this light. It is often associated with sexuality 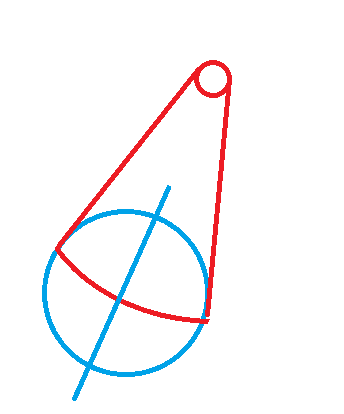 Candidius & Nigirium, the White and Black Suns are often thought of as exact opposites, but that is not the case. While they do tend to cover different halves of the planet in their light, Nigirium’s stellar position moves faster than Candidius’s - meaning that occasionally the Black Star will catch up and eventually overtake the White Star in the sky, moving from a day-night cycle to both being visible in the day time.

Candidius is a very harsh, bright star and is colloqiually known as the Sun of Long Shadows. As well as light, this sun provides heat to the world, but standing directly in it is harsh on the skin, so many people stay indoors.

Nigirium’s light is black, which illuminates both flora and fauna containing Phosphorus. Military/Police Organizations often use this light to assist in the pursuit of criminals and hunters often use it to track prey. 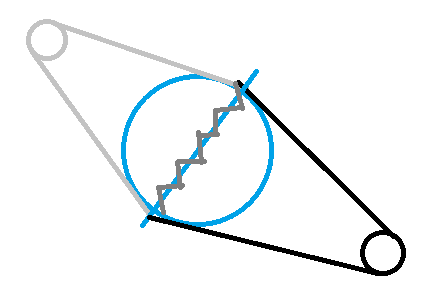 The Gold Sun. Also known as the Joyous Sun, for it is the only sun whose appearance does not signal a danger to everyday life. Much like the earth’s sun, this sun promotes growth, provides a reasonable heat and is often worshiped by clerics and followers of Life-themed gods and goddesses. 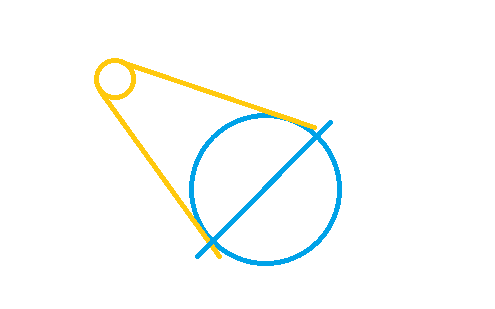 Caerus is the Blue Sun and the largest of all the suns. Occasionally referred to as “The Giant”, Caerus is not as strong an effect on the world as its size might imply.

Dark blue shades make it difficult for distinguishing features, rending many animals, creatures and structures invisible. As can be expected, the sole presence of the Blue Sun can signal a heightened risk of criminal activity.

The Blue Sun has a uneven pattern in the sky, it is present often - but only really affects the land when it is closer in its orbit (and larger to viewers).

The Pink Sun. A small sun, but larger than its red cousin Rhumeria. It is also a significantly less harsh presence. Its soft healing light is thought to be good for the skin and its appearance is often paired with celebrations of forgiveness, love and happiness.

Rosiat has a similar pattern in the sky to Caerus, but because of its size is commonly interrupted by other solar objects. This can cause Rosiat to disappear from the sky for a few days, or change its hue. Many an amateur navigator has been fooled by its appearance for another star. 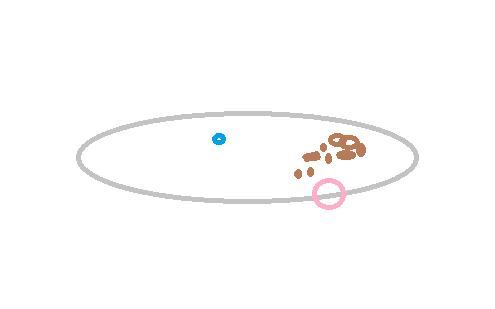 Viri is an average sized, Green sun. Often known as the Solid Sun, for many creatures’ reactions to its light. Plants in areas where Viri dominantly shines grow red and black. These plants tend to have hard pods or shells and similarly, animal populations tend to be different in these areas.

A week consists of:

Months consist of 7 weeks where the suns go through a full cycle.

There are 7 Months with unique events

The Light. All suns converge

The Dark. All suns disappear

The book of red