Many people forget that we are still evolving as a species. The world is vast — and each year many grow subtly different.

The last major evolutionary branch began somewhere between 300OE and 150OE —A catalyst to the escalating tensions of the land and a prelude to the now-shamed caste system. 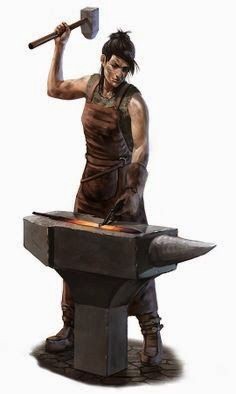 Humankind was divided. An industrial age had begun and many nations were at war over the varying resources of the continent.

Outmatched by other races in both tactical and military might, humanity acted as a neutral producer — providing weapons, food and information to both sides of the ever surfacing battles.

This stance fared well for humanity’s global position — Human influence and thought spread into other nations, The human King’s wealth became immeasurable and many from all over owed the humans great favours.
What was good for some humans though, was bad for others, and a resentment between ‘those who worked’ and ‘those who sold’ grew continuously.

Towards the end of the time period, there were many attempts of uprising, but they were continually repressed by the nobles who hired non-human mercenaries. The class split and intolerance between them meant that several generations did not choose partners outside their ‘tier’, later manifesting in a physical mark of class — Those of higher esteem had much better health and grew tall and slender, while the rest of humankind’s statures stabilised and grew no further. Rugged looks were desirable amongst most of the populace, but in higher circles it was seen as a mark of low birth. 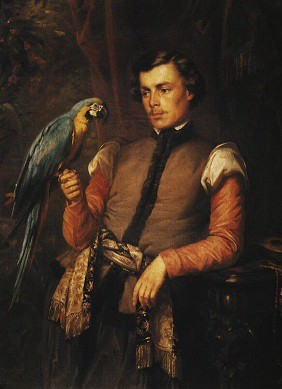 The wealth gained during this period allowed for Upper-Class humans to travel, trade and overtake the other races in civilisational progress

The physical separation of humans grew deeper over the years, as each person looked for a mate with their now-altered image of ideals. Now, these humans are so distinct to be known, to the lay-folk, as distinct races. The once “Upper-class humans” kept the racial title of “humans”. “Lower-class” humans became known as Dwarves — because of their height.

Tensions culminated in 230NE when the mystery of gnomish gunpowder was discovered by some researchers in Mikh, a university funded by the human Royalty. Upon being ordered to mass produce the material, the dwarves turned on the humans and used it against them. The war lasted 20 years and ended with a elven-written peace treaty signed both the human King Armin and dwarven rebel leader, Harret Greenshaw.

This treaty is important not only for its prevention of war, but it is the first official document regarding dwarves as a separate race. Some dwarves resent the name, believing the ‘humans’ should have taken a new racial title — but most are accepting of the changes. It is not clear if there was human influence in this decision, as the elves have a long history of corruption. Their reputation at this stage was not well-known however.

These days, relations between Humans and Dwarves are positive, but all dealings have an air of wariness about them. Mixed marriages have slowly become less taboo, although there will always be some people who cannot accept change.